As I’m sure you all know, Beyonce performed with the Dixie Chicks at the Country Music Association Awards this week, and many actually persevered through the show to see Queen Bey. Everyone on Twitter waited with bated breath for her to arrive, and her performance of “Daddy Lessons” was pretty damn great. Check it out here:

However, it didn’t seem that everyone felt this way – during her performance, many of the people in the audience seemed less than amused, and the social media uproar was apparent, with several country music fans saying that Beyonce was not country enough to perform at the show, or that her involvement with Black Lives Matter somehow excluded her from being able to perform a song with strong country undertones, promoting “anti-whiteness.” As a result, instead of ignoring the racist remarks, the CMAs allegedly deleted all mention of Beyonce, the Dixie Chicks, and their performance from their Twitter feed and social media presence, although it was initially heavily promoted. They even had a Snapchat filter that was dedicated to “Bey Watch,” Elle Magazine reported. 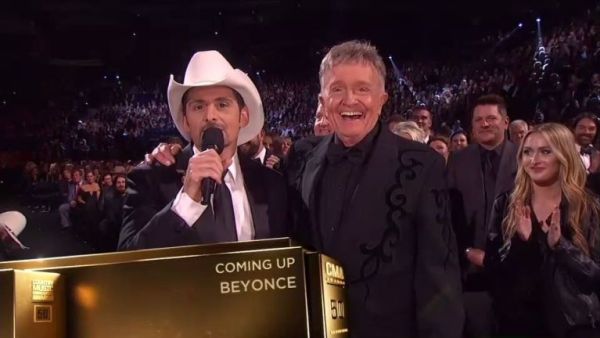 And while some may scoff at this action because many sat through the CMAs and figured that their ratings were much higher this year because of it, that couldn’t be further from the truth. We have to remember that the CMAs was going up against Game 7 of the World Series, but the show pulled in a 2.9/8 rating in the key demo and 12.6 million viewers, making the CMAs fall 24% among 18-49s from 2015 to a new all-time low (source: Deadline).

The CMAs even went as far to remove Beyonce and the Dixie Chicks from their performer list, although it looks as if they have now been restored. But, their performance still is not posted on the CMAVEVO YouTube channel. 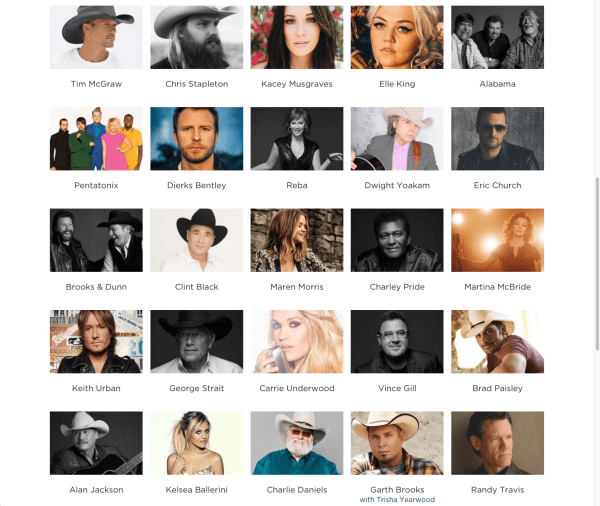 But why was it such an issue that Beyonce and the Dixie Chicks were performing in the first place? Beyonce is from Texas and frequently mentions her strong ties to the state, and Texas breeds several country music fans and performers. Furthermore, the song that she picked obviously has country influence – it’s not as if she got on stage and performed “Formation.” Some people noted that the Dixie Chicks needed to perform with Beyonce to make her performance more acceptable, but remember, the Dixie Chicks became persona non grata after making controversial remarks about then President Bush in 2003. So it seems like the ladies were on their own for this particular performance.

Natalie Maines of the Dixie Chicks has taken to Twitter to express her feelings about the controversy. Maines was initially extremely excited to perform with Bey-

I'm pretty sure I've uttered the sentence,"I will never perform on the CMA's again as long as I live."
And then came ?:)

But had some pretty sarcastic (and funny) remarks after the social media negativity blew up.

Hey everybody!The CMA's just called and asked us to co-host next year's show with Beyoncé.Unfortunately I've got a thing that night so, no.

"You know you dat Bitch when you cause all this conversation. Always stay gracious best revenge is your paper." #Bey #Slay

Beyonce has not yet addressed the controversy (as of 11:49am on November 4) and the CMAs denies any erasure of Beyonce and the Dixie Chicks’ performance. Their statement to The FADER reads,

“CMA has not erased any mentions of Beyoncé’s performance on the CMA Awards,” a rep for the CMAs wrote to The FADER in a statement. In advance of the broadcast, CMA removed a five-second promotional clip from ABC.com and CMA’s Facebook page. The promo was unapproved and CMA removed it prior to the broadcast. Beyoncé’s performance with Dixie Chicks was a highlight of the evening and we are continuing to share the amazing full-length performance clip via our official social channels.”

It looks like they did share a post from the Dixie Chicks on Facebook, urging viewers to watch the performance clip on ABC Go, but it is not posted there directly, and as mentioned above, it is not on their YouTube channel. They have also posted tweets of the performance since getting called out.

Regardless of the Country Music Association participation in all of this, the comments on Facebook and Twitter are pretty disgusting. It’s pretty gross that a black woman performing a country-toned song about her father would cause such an uproar.

BGLH, what do you think of the controversy? Should Beyonce have performed at the CMAs in the first place?